A floralpreneur posed this question recently:

“Just wondering the group consensus on FLORISTS (not brides) who are asking brides to show them another florist’s quotes. I guess in order to come in lower to get the booking?”

The consensus from the group was clear; it’s unprofessional to ask to see another florist’s proposal.

(That is to say, we are not down with other people’s proposals!)

There are several reasons why it’s unimaginable to me, starting with this: How does one go about asking this question in the first place? Really. How do you ask a potential client to share a competitor’s proposal without sounding nosy, desperate or cutthroat?…or even worse, all three!

If there’s any gray area around this, let me state it plainly: Do not ask to see other florists’ proposals. It’s simply “not done”.

Not only is it “uncool” to try to undermine other people’s proposals, but you’re also putting a potential client in a really awkward position. The proposal was intended for them and shared with them by another professional who they’ve considered hiring. What if they feel sharing this information with you is unethical? What does it say about you? What if they tell other vendors (aka your peers!) what you asked of them?….and how uncomfortable it made them feel?

It happened to me.

A few years ago a lovely couple accepted my proposal, signed a contract, sent a deposit and THEN…a few days later….they received a lower quote from another florist. The bride wrote to ask me why the other quote was so much lower than mine and I replied honestly, “I have no idea.”

Maybe their arrangements will be smaller? Maybe they will use different flowers than I plan to use? Maybe I’m more experienced? The bottom line is this: I don’t know why or how the other florist came in “so much cheaper”, but the clients chose me anyway….even after I offered to void the contract and rip up the check (I hadn’t been to the bank yet) so she could accept the lower quote if she’d like.

When I gave her the answer, “I have no idea”, the client immediately replied that she did not want to accept the lower quote, that I was her florist, and even said, “Your reply was perfect.”

I know I’m not the cheapest florist. (I don’t compete on price.)

Liene Stevens of Think Splendid wrote a blog post in March titled, Why Are You So Much More Expensive?

In it she says:

“When a potential client asks why you are priced so much higher (or so much lower) than a competitor, the initial impulse is to compare everything you offer to everything the competition offers.

While this may sometimes work, it is often a fool’s errand, as it immediately commoditizes the services you provide.

The simple fact is that you most likely don’t know why your competitors are priced the way they are.”

Liene goes onto drive it home with this final thought:

“If you know the ‘why’ behind your pricing, you can stand behind it.”

I bring you behind the scenes of my business in my courses, Flower Math and How To Write Proposals That Sell!

Both courses bring you behind the scenes to show you how to price for profit (Flower Math) as well as a behind the scenes look at my proposal and more importantly how I streamline my process to write proposals more quickly!…but that’s completely different from asking to view another florist’s proposal. Completely different. And much more informative.

In these courses I give you a step by step look my process. Florists are not being “sneaky” by checking out my proposal (or my pricing!).

Get my downloadable pdf How To Write Proposals That Sell here.

Find details on Flower Math, The Florist’s Guide To Pricing And Profitability here!

Not sure if one of my courses is right for you? Shoot me an e-mail any time floralartvt@gmail.com

I proudly stand behind every course I create. (And I created them just for floralpreneurs, like you!)

Thanks so much for stopping by my blog!

You can find a list of FREE courses as well as a full list of course offerings right here. 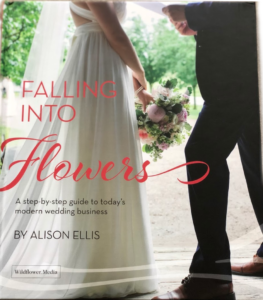 Read my book: Falling Into Flowers

Free ebook: Everything I Wish I Knew Before Starting My Business

5 Actions To Take When Biz Is Uncertain

10 Things I Did To Grow My Biz

*From The Ground Up Floral-podcast

The Business Of Being Creative